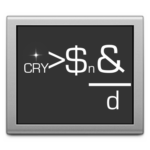 Electronic auctions have become very popular in the last few years. They are a convenient way to buy and sell goods. Secure e-auction provides confidentiality to he bid such that only the bidder knows its value and at the same time it provides integrity service to the bid so the bidder cannot alter the value of the bid after its submission. E-cash is an anonymous public key certification system which allows an user to obtain a certificate on its public key from a certificate authority without revealing the value of the public key. Such technology is useful to simulate the properties of the physical cash system. The aim of this project was to implement an anonymous auction system along with an e-cash system. An anonymous auction system enables participants to conduct electronic auctions without their identity being made public and also provides confidentiality of the bid, anonymity of the bidder, and publicly verifiable transcripts of all the bids. From an existing system design the software architecture of the auction system was developed and implemented. We also describe the framework of an anonymous auction system and the softwares that was used to implement such a system.